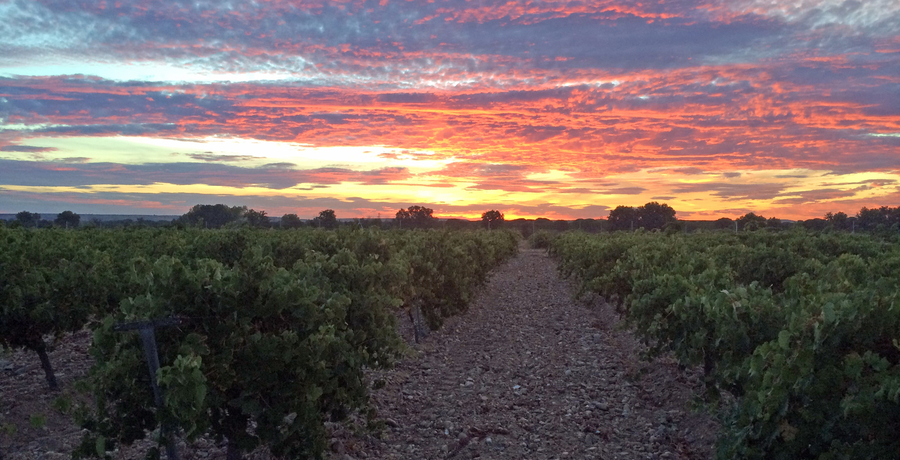 Bodegas VEGA SAÚCO controls 68 ha. of vineyards and they aproximately own 60% of these vineyards.

Most of these vineyards are planted with red grape of the main variety "Tinta de Toro" while some of these vineyards cultivate the typical white varieties of the area: Malvasia and Verdejo.
The average vineyards are 40 years old but many of them are older than a century. They contain both cultivars: bush vines and also trellis system trained vines.

The main variety is the grape that grows in Tinta de Toro, which is defined as a semistraight vine stock and has pentagonal leaves with big dents and a cottonlike fluffy underside with winged cylindrical clusters.

The vineyards of VEGA SAÚCO are situated on the plateau that stretches between the Duero river and its tributary, the Guarena river, next to its estuary area. The local climate is very extreme, the sandy soil is poor and permeable and the gravel that rests on clay with good drenaje thermoregulates the process of ripening. Here the red varieties grow and mature to perfection. The average altitude of this land is 725 metres.